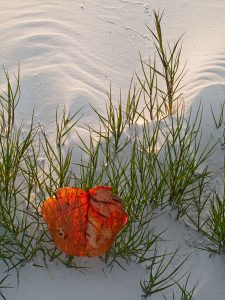 10 Months ago Mari and I arrived in Sarasota to a whole new beginning. We have decided to stay at least for another year. We are going to permanently leave our studio up north. A place I have been in for over thirty years and Mari fifteen. Pack up thirty years of accumulated stuff and move in to our own place in Sarasota.

“I never wanted to be looking through the lens wondering if a photograph was going to sell. Photography is more of a spiritual connection for me. I didn’t want to be influenced by commercial considerations which would interfere with the pure experience of being in the moment.” says Sam Laundon, a.k.a. “Sarasota Sam”. “I had gotten away from my photography, and my love of it. Then a move to Sarasota rekindled my enthusiasm. I enjoy sharing what I know with others, particularly when I’m tutoring. I taught at New England School of Photography for 20 years but much prefer working individually with people. It’s more rewarding as a teacher, and more beneficial to the student.”