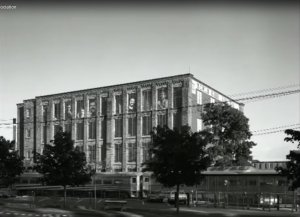 For 34 years I have lived and worked in my studio at 144 Moody Street. Mari and I came back to Waltham after being in Florida for a year this past May to pack up all our stuff and make a permanent move to Sarasota. Our stay in Waltham was so short and busy with packing, that I realized on my return to Sarasota, I had not had a chance to say good-bye to Waltham and the Arts Community.

The following is a brief history of the beginnings of the arts community in Waltham along with two slide shows.

(A brief history of the Artists Community at 144 Moody Street)

There is a building facing the Charles River at 144 Moody Street that says 1813 on the top of it. This was the first building that Francis Cabot Lowell built to begin his experiment in manufacturing in Waltham. He had been to England to observe the cloth manufacturing process and because England had prohibited any plans of their process being taken out of England, Lowell mentally smuggled the plans for his company out of England. He enlisted the help of James Moody to reconstruct what he had seen, and so began the American industrial revolution.

Here, for the first time a raw material was transformed into a finished cloth product in one place. The building expanded until it exceeded the capacity of the Charles River to supply power. With the success of the experiment in Waltham, Lowell moved up to the Merrimack River and built a much larger manufacturing complex.

The plant in Waltham continued to be productive, but expanded again when steam engines came on the scene and they no longer had to rely only on the power that the river could supply. These large manufacturing companies (Boston Manufacturing Company) grew in the northeast until the 1920s and 30s when the exodus started for the south where cheap labor was in abundance.

All the buildings began to decay from lack of use until the end of the 1970s when the artists move into to one building and Ira (Sonny) Gordon began the assisted living and elderly housing in the buildings along the Charles.

1976 – Start of the Artists Community in Waltham 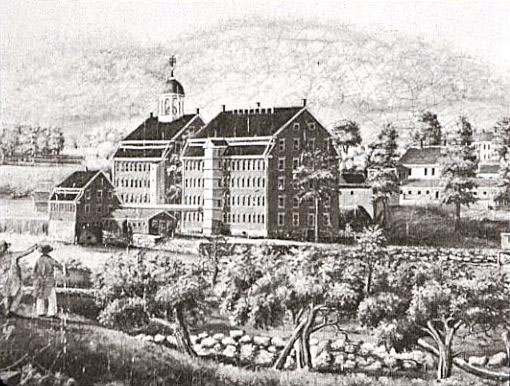 In August of 1976 a group of artists (Andy Haley, Jim Kelly, Jay Penni and Sam Laundon) began to rehabilitate space in building 4 at 144 Moody Street. Andy Haley signed a lease with Sonny Gordon to rent half of the 4th floor in order to build live/work studios. Construction of 5 studios began in September. The floor was entirely empty and walls need to be erected, floors sanded (many years of industrial grime coated the old maple floors), wiring and plumbing installed. Each artist was left to decide how they wanted to design their own studio. As a result each studio has a unique flavor, reflecting the character of the creative individuals that have worked and lived there over the years.

The artists community slowly expanded as Greg Lefevre, Ted Miles, M J Porter, and John Callahan rented the south side of the 4th floor. There was still manufacturing on the 2nd and 3rd floors and Gordon’s Liquors had the office and warehouse on the first floor. Pantos Canvas moved out of the 2nd floor and Artists West moved in (Sue Hodes was one of the founding members). Now two of the four floors of the building were occupied by artists. Building 18 (Moody Station Studios) was also beginning to be occupied by artists. Penrose Glass (Fred Widmer) set up his operation on the first floor.

Thus began the now annual Open Studios. Along with being one of the oldest continual arts communities in the Boston area, the WMAA Open Studios is one of the longest running open studio events. People have been drawn to the open studios event not only to view the unique art the artists create, but also to see the wonderful spaces the artists have created, with styles ranging from rustic to elegant, industrial to homey. Some of the studios are works of art themselves.

It is my opinion that these annual open studio events helped revitalize downtown Waltham. People were coming to Waltham that had not been there before and saw some possibilities for Moody Street. During Open Studios the restaurants were full and the street was busy.

In the late 1990’s this wonderful arts community was nearly dissolved as the tenants of the mills found themselves entangled in a dispute with their landlord. As in most disputes, the disagreement started as a small matter, but escalated when one of the artists contacted the board of health. The landlord sent eviction notices to all the live-in tenants because the landlord did not want to spend the money necessary to bring the buildings up to live-in code. So began a two year struggle between the two parties. In certain ways it brought the community closer together because we had to meet on a regular basis and talk about common problems. The City of Waltham soon realized what a benefit to Waltham the arts community was and stepped in to help resolve the conflict. Negotiations were finally successful and both parties were able to work out an equitable lease agreement. Improvements were made to the buildings and though the City was not willing to go so far as to say the buildings were up to live-in code, they did say we were not breaking any laws through mixed use (Live/Work space) and issued a resolution to that affect.